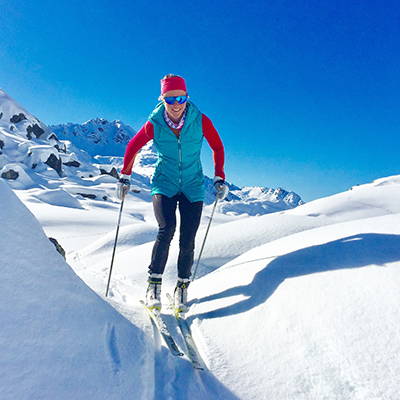 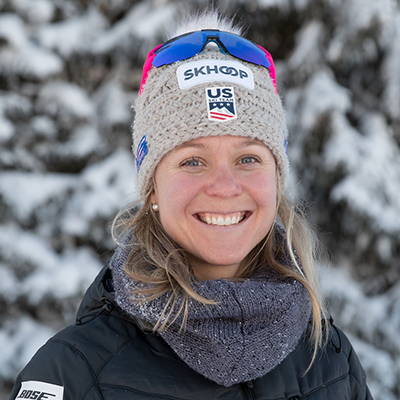 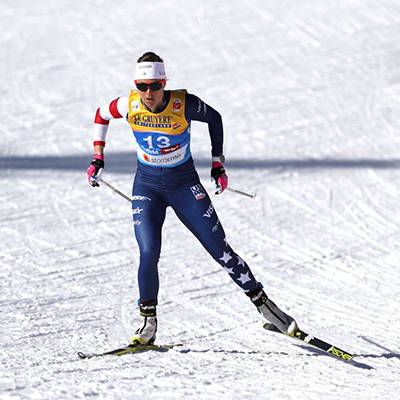 My name is Sadie Bjornsen, and I am a member of the US Ski Team, the Alaska Pacific University Ski Team, as well as the 2014 and 2018 US Olympic Team.

I have been racing on the US Ski Team for six years now, and I have been gradually climbing the ladder each year towards being one of the best cross country skiers in the world.

This past season, I finished the season ranked sixth overall in the world. I have been on nine World Cup Podiums, and I have one World Championship medal.

I love that it seems simple, yet focused. There are no scary ingredients that you can't read or understand on the label. I also love the flavors, the nut butters, and the variety in product.

When I am not training and competing, I spend my time promoting an active and healthy lifestyle among my community, and to the younger generation. I use my role as a leader and an ambassador to inspire others to challenge themselves to be the best they can be. Aside from that, a few years ago I graduated with a double major in Accounting and Nonprofit Business Management while competing and training at the same time. I have continued on that path and am currently working towards a Masters in Business at Alaska Pacific University.

Win my first ever World Cup Race. I have been second and third, but I have never gotten on the top step yet!

 Discount code found, it will be applied at checkout.